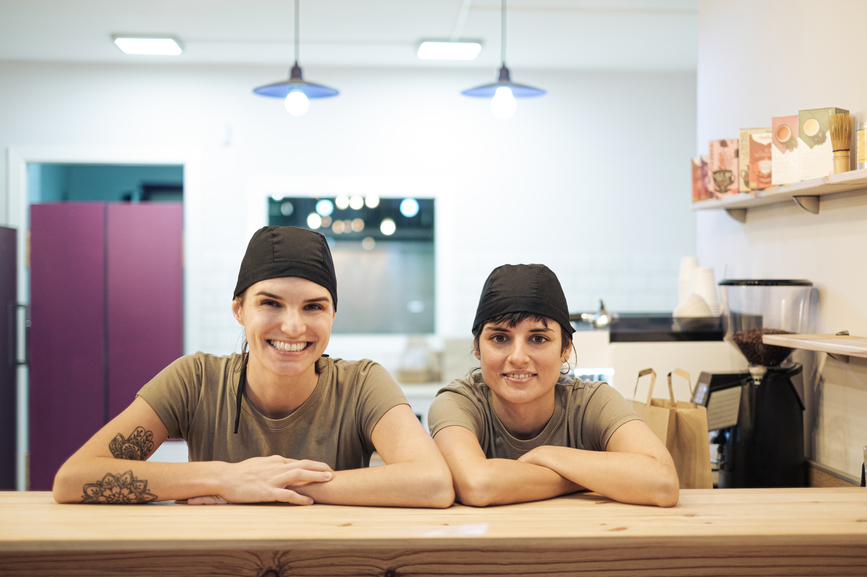 15 Incredible Female-Led Restaurants You Should Know

With everything going on in the world, it can be tough to find businesses that are owned by like-minded people. If you’re trying to find women-led, POC-owned, and LGBTQ+ safe restaurants, Google has started to take strides in helping you find them by offering a special badge to businesses that verify their ownership. But that’s not enough - women make this world keep running, and they deserve some long-overdue recognition.

So today, that’s exactly what we’re doing!  Here are fifteen restaurants across the United States that are owned and operated by powerful women, visionaries, and generally cool people.

Seattle is an objectively progressive city. As such, it’s just as much of a challenge to find restaurants that aren’t women-led as it is to find those that are. But The Pink Door in Seattle is something special.

Seattle’s Nue is an ode to the love of food and all it does to bring together communities from co-founder and owner Uyen Nguyen. They’re a classic Seattle seasonal restaurant focusing on bringing together local, fresh produce with highly talented chefs and management.

The name, Nue, refers to a traditional Japanese monster. While it may seem out of place, the eclectic nature of Nue (they’re a conglomeration of multiple animals) honestly communicates the team’s concept - ever-changing, always exciting, and wildly unique.

Piroshki on 3rd is another Seattle staple, created by chef Aly Anderson. She’s quickly become known for her take on the Piroshki (Russian hand pies) - the Pinoyshki, a Filipino piroshki. Over the years, Piroshki on 3rd has grown to become a hometown stop for baked goods, warming creative meals, and roasty, toasty coffee.

While you won’t likely recognize the meals on offer, they’re each a unique combination of Eastern European dough and meals and Filipino flavor. Give Piroshki on 3rd a chance the next time you’re grieving the gray Seattle skies - chef Anderson will sort you out in no time.

The Walrus and the Carpenter stand out in Seattle’s women-led restaurants, as they’ve repeatedly won the James Beard Award or reached semifinalist status. Owner Renee Erickson runs the kitchen alongside friends Jeremy Price and Chad Dale, and has earned herself a name as one of the best chefs in Seattle.

It’s a rustic-chic oyster bar that focuses on serving the freshest seafood possible, offering (yet another) seasonal rotating menu that brings out the best of the Pacific Northwest in every bite.

And now, for a quick jump to the other side of the States. Unsurprisingly, New York City is completely full of restaurants that boast boss women heading them up.

The first on our list is Otway. Headed by sommelier and owner Samantha Safer, this stop is a highly seasonal and local joint for those who want to enjoy a unique glass of wine with top-notch eats.

King has become a mainstay in NYC due to its incredible food, but most don’t know that a trinity of incredible women heads it. Chefs Clare de Boer and Jess Shadbolt accompany the GM, Annie Shi, to serve a daily rotating menu inspired by the quaint southern French and Italian countryside.

Swing by King for painstakingly-plated, gorgeous meals served with the love and attention that only the best chefs can provide.

Mokbar initially began as a small Korean-inspired ramen shop in the Chelsea Market. In a shockingly short time, chef Esther Choi was forced to expand, opening Mokbar BK and several other locations in the following years.

Nowadays, Choi serves up Korean comfort food with a classic New Jersey attitude. Gravy-drenched fries, homemade dumplings, and a jip-bap (home meal) set menu each highlight the love and passion that goes into every meal.

The Grey is our only entry on this list located in the American south. Chef Mashama Bailey built a Southern restaurant that takes inspiration from both Italian and African influences, all built in the bones of an old Greyhound bus station.

Since then, she’s actively worked to make a safe and welcoming joint for people of all walks of life. And her book, Black, White, and The Grey: The Story of an Unexpected Friendship and a Beloved Restaurant, breaks down the difficulties and tribulations of starting a restaurant. So give The Grey a chance - you won’t be disappointed.

Those who’ve been to Portland, OR, likely know that it’s one of the greenest, most progressive cities in the States. But did you know it’s also America's “strip club capital?” This caught chef Nikeisah Newton’s eye in 2019 - so she set out to do something about it.

Meals 4 Heels is the only late-night delivery restaurant that’s exclusively focused on serving sex workers and sex-positive clients. And over the years, Newton has developed a reputation for being the kind and loving motherly figure that Portland’s sex workers have come to love.

The Ripe Cooperative is chef Naomi Pomeroy’s ode to the Pacific Northwest’s incredible selection of produce. After her award-winning restaurant Beast was hit by COVID, Pomeroy decided to opt for a new direction.

The Ripe Cooperative is an excellent all-day cafe and market offering seasonal, local meals that are ethically sourced. Whether you want to try out their to-go heat and serve meals, a painstakingly crafted cocktail, or homemade soup, pasta, and fresh seafood, Ripe is your stop.

Owners Sara Kramer and Sarah Hymanson built something quite unique in Los Angeles. Kismet is their Middle Eastern-influenced Hollywood dream. They create meals that are simultaneously Middle Eastern and Italian-inspired.

At the end of the day, Kismet is a testament to what women can do when allowed to just live. They’ve created something that brings the notoriously… let’s say, high-and-mighty Hollywood crowd into a tight-knit community created over shared plates of incredible food.

Girl & The Goat began in 2010 with chef Stephanie Izard’s vision for something bold, global, and new. They’re one of the first joints to open in Chicago’s now-famous Restaurant Row in the West Loop, and serve up incredibly delicate, seasonal meals.

Over the years, Girl & The Goat has expanded into a second location in Los Angeles. Izard is a James Beard award-winning chef and is the first woman to win Bravo’s Top Chef - so trust the chops and just eat.

Caitlyn, Carole, and Jeremy Jones began Un·Cooked after losing Carole’s husband - Jeremy’s father - to cancer. They created a new, plant-based restaurant for those whose diets are often left by the wayside, focusing on health and positivity.

Un·Cooked never uses refined sugar or agave, is always gluten-free and plant-based, and is sustainably sourced with whole food ingredients. Each meal is made in-house, ensuring each customer gets the freshest, healthiest eats possible.

You can grab a prohibition-inspired cocktail, a classy glass of wine from their massive wine list, or sip on that hard-to-find bourbon you love. And best of all, you’ll do it while admiring the unique and somewhat eclectic assortment of antiques, oil paintings, and cozy interiror.

Boston’s Fox & The Knife is a family-owned and operated joint from the incredible mind of 2018 James Beard award-winning chef Karen Akunowicz. It’s built around the concept of aperitivo - a communal meal of small bites that create community and camaraderie.

If you want bold Italian flavors made by one of the best chefs in America, inspired by her work in Italy, there is no better stop than Fox & The Knife. Each meal is a work of art, simultaneously brand new and traditional. 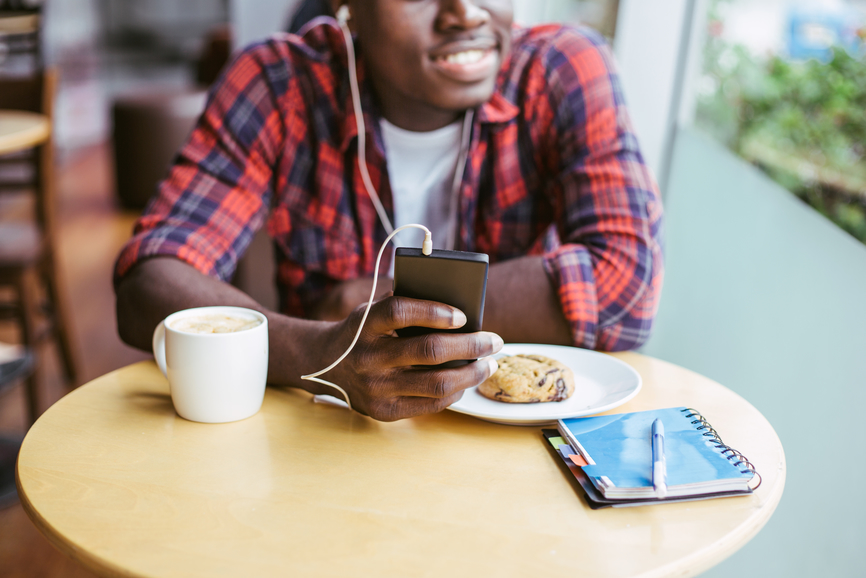 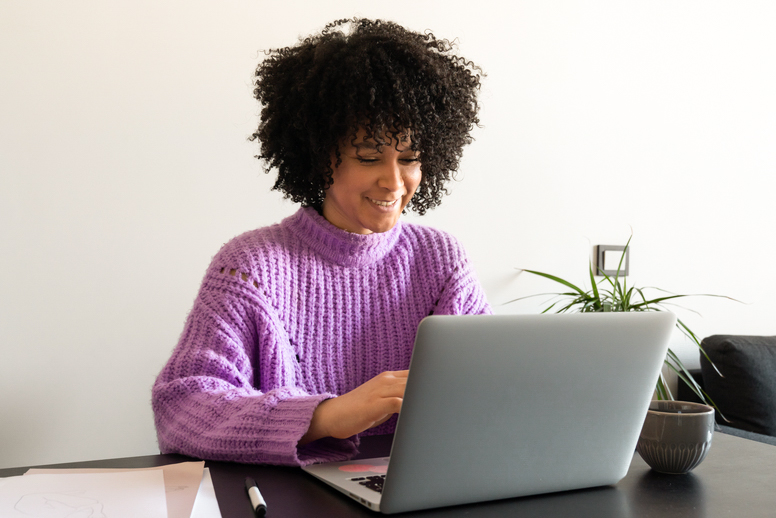 15 Best Blogs About The Restaurant and Food Industry 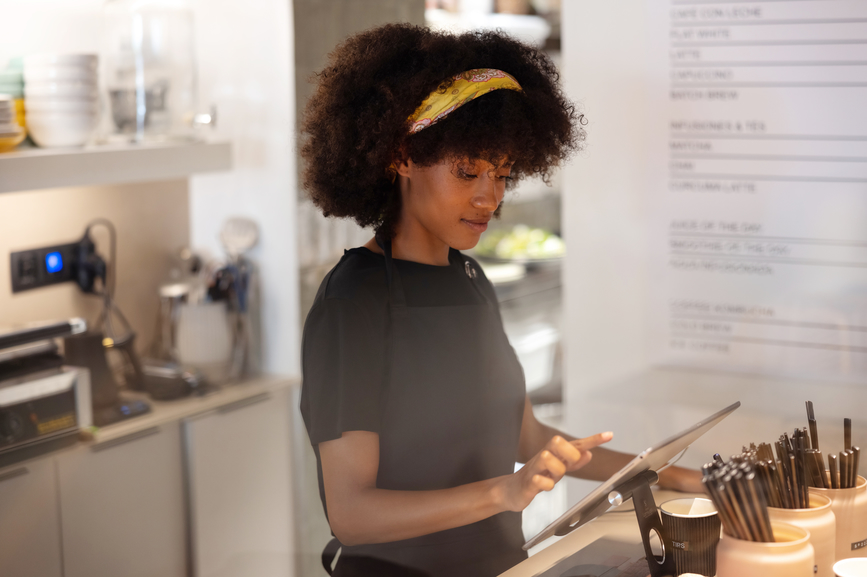 11 Boss Women in the Restaurant and Food Industry